With the addition of UROC to the schedule, this run got pushed into more of training run for me than an actual race.  Leading up to the race, my body was feeling pretty awful.  I was overrunning the previous few weeks, somewhere in the 120 miles per week area and ended up aggravating my knee. Work the previous week didn't help and was bothered by a sore back, which by race day had more or less run its course.

The Paatuwaqatsi Run is a pretty unique event in that they dont market the race as an actual race at all, its more of a communal run with the theme of water awareness especially for the tribe.  With that said, its a popular event on the ultra running circuit, which means people show up to race, and people show up to win.

The whole informal attitude towards the event got a little carried away this year, I believe in part due to the extremely heavy monsoons that we received this year in northern Arizona.  Poor course markings, no porta-johns, oddly distanced aid, etc.  This all would have been fine and even enjoyable if it had not been for the fact that at the only crucial turning point on the course, their was no signage and no person there to tell myself and another runner to go right instead of left.  We went left, and reached the 25 mile aid station after only running about 16.

At this point the race which had already turned into a training run for me, was more of a fun run since we were out of the running for the lead.  The option to run the 6 miles back to where we turned off, and complete the course after some 40 miles sounded appealing, but my knee started to act up a bit.  With UROC just two weeks off, I decided to drop.  My first DNF.

Its an odd experience to drop from a race.  Lots of runners have written about the emotional mess you find yourself in afterwards.  For me a came away from the Paatuwaqatsi run with a very bitter taste in my mouth.  I believe a made a good call, and we will see how my knee holds up for UROC.

On a brighter note, the trip up with Paco Cantu and Tyler Zander was thoroughly enjoyable.  East clear creek swimming, Hopi radio, sodas and squash.  Congrats to both of them on an impressive run, and for Paco his first 50k.  Go Team Beard! 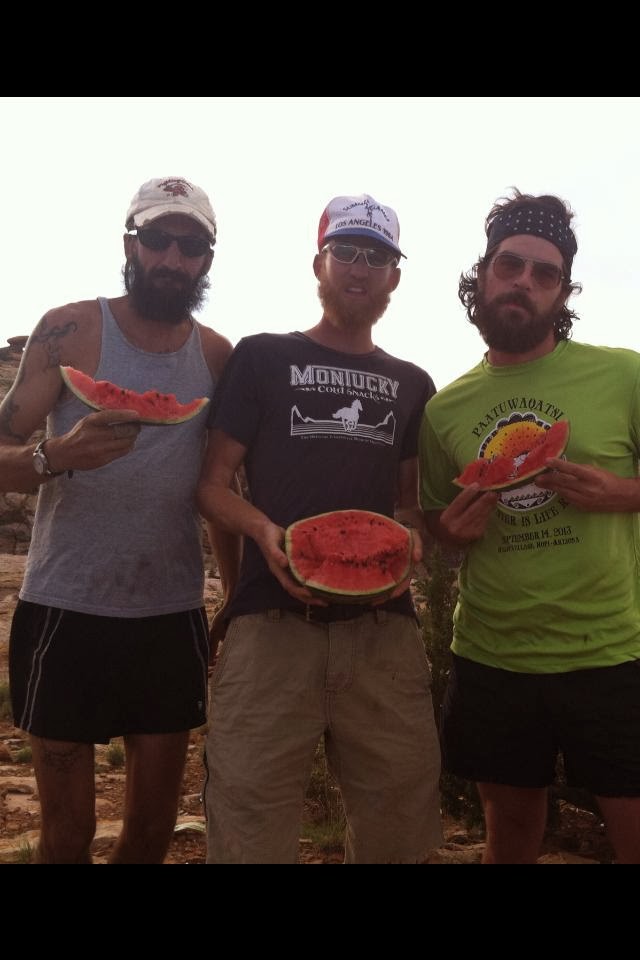