I was unsure what to expect from texas trail running.  The previous two weeks of vacation were spent running through city parks in both New Orleans and Austin, trying to acclimate to the humidity.  Although both cities offer great urban trail systems, its hard to train for an actual trail experience, especially one at night.

I arrived at check in around 6 pm.  With the temperature still lingering around 100F, I was feeling uncomfortable about the heat, and debated on just running the course for fun in my sandals.  Around 6:30 I decided I felt good enough to run for the win, and put on my shoes.

The first hour of the race was undoubtedly and predictably the hottest, yet I was very pleased with the tree cover for the entirety of the route.  There were very few moments of actual direct sun.

With every race there is always a group of 10 or so runners that separate from the pack quickly.  I kept this group in sight for the first 10 miles or so.  I told myself before the race that I wanted to cover as many miles as I could during the twilight hour, as it is significantly cooler, yet you can still see with natural light.  When we approached a technical downhill section, I realized that this was going to be were I would have an advantage given the trails I am used to running.  I separated myself from the group here, and did not see another runner until approximately mile 30, when Steve Moore would make a race out of the night.

Pacing is always a tricky thing, especially at this distance.  It is not quite long enough to run in endurance mode, and its too long to run for time as in a 50k or a marathon. Pacing is especially difficult running by yourself for the majority of the race.

I took it relatively easy from miles 15-25 or so, saving myself for the last 10 or 12 miles of the race.  I figured there was no need to extend my lead, or myself if I wasnt chasing anybody down.

At the second to last aid station, just as I was about to leave, I saw Steve coming in.  With about 10 miles to go, I quickly ran the next section to give myself some distance.  The last aid station was the same story.  As I was leaving, Steve was coming in.

The last three miles is a technical downhill track which saved the race for me.  Being from Northern Arizona, I tend to feel that the rockier, steeper, and more technical the better.  The last 1/2 mile is a sprint on a jeep road and was able to hold off Steve's attack.

With being my first night race, and have not ever running these trails, I was unsure what to expect for my time.  The pace was slower than I expected given night running can always make you think you are running faster than you are.  All in all it was a great run on a great trail. 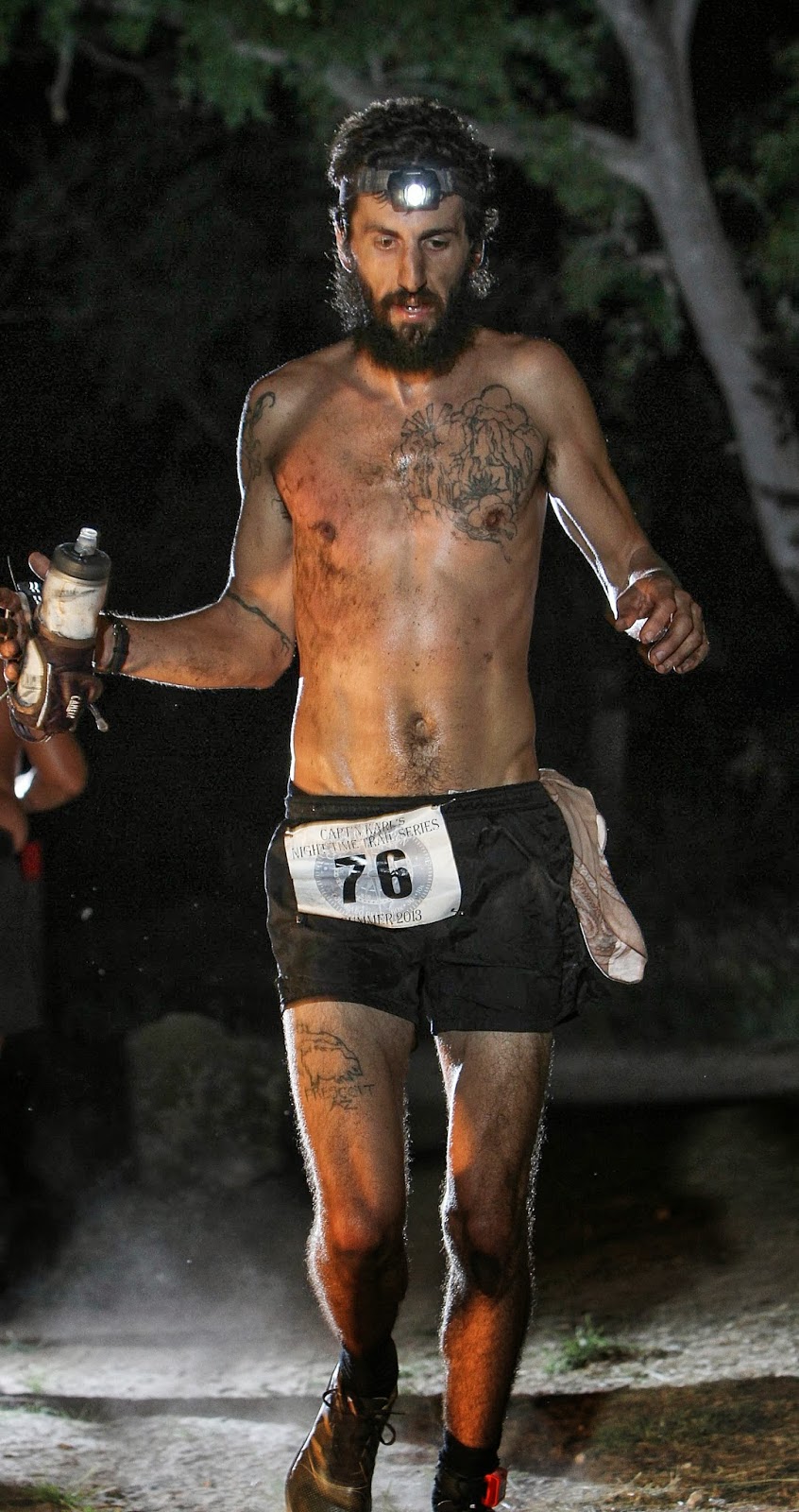