This summer I'm off for a western tour on a 1996 Kawasaki KLX 'Thumper.'  With only a few certain dates set, those being the races scheduled for the US Skyrunning series as well as the Squamish 50, the in betweens are unknown.  Lost of dirt roads.  Lots of mountains.  Lots of running. Lots of climbing.  The following are select entry logs from my journal with accompanying photos.

A much anticipated and highly delayed departure.  The last two weeks have been filled with preparations and stalls associated with shed rebuilding on the property and working on the motorcycle in an attempt to make it worthy of the journey that lies ahead.

A final morning of tinkering and I feel its ready and make haste for the property to load and leave for Flagstaff. 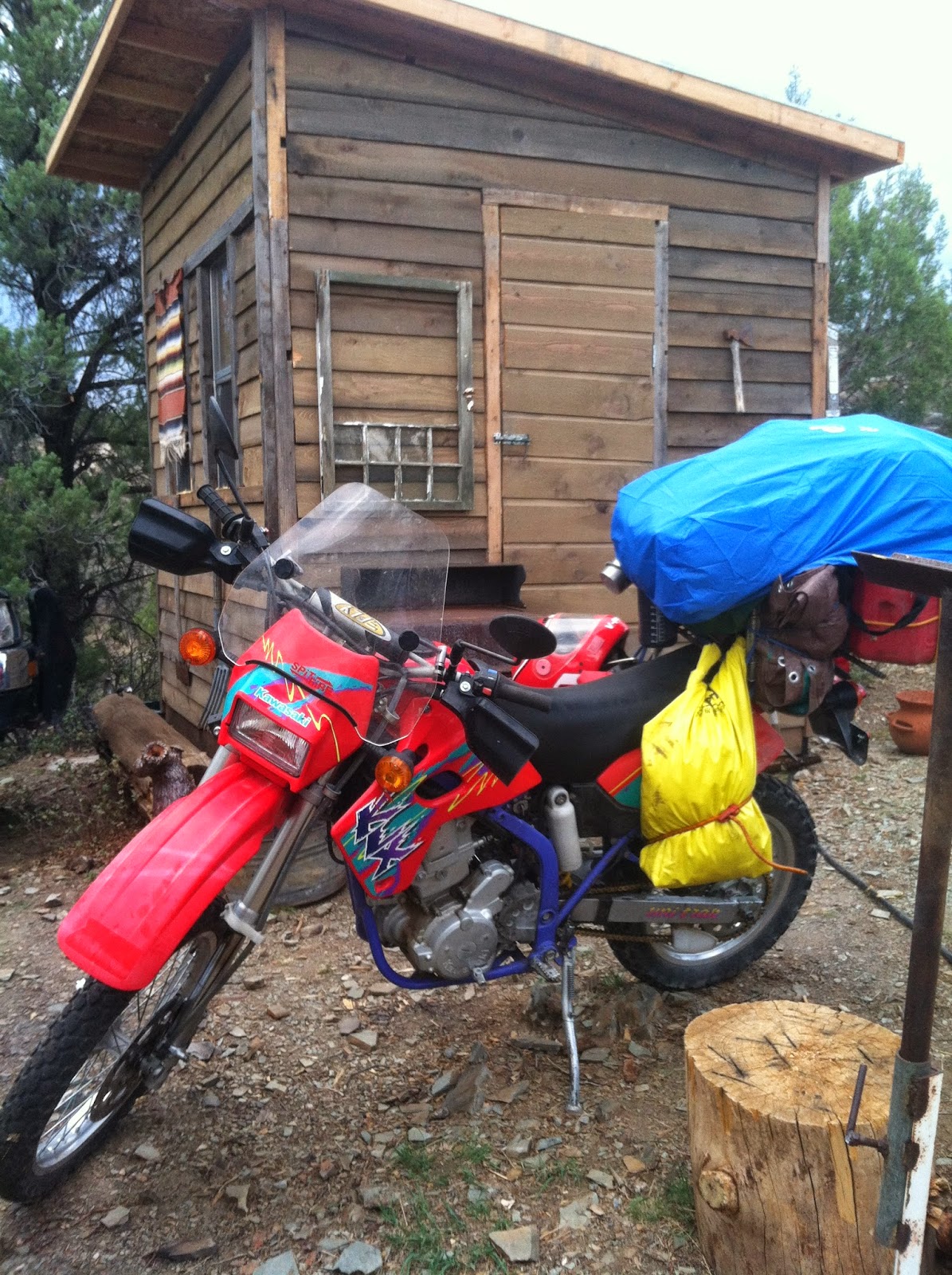 A quick visit and send off from Tom and I am on the road.  Arrival in Flagstaff is welcomed with thunderstorms.  Dinner with Megan, Tyler and Kelly.

Morning spent with DMV antics finally legalizing the bike that is to carry me north.  Arrival at Humphrey's Peak trail head around 1pm.  A quick summit to 12,600 ft during a perfect window in the monsoons.  There are few views more pristine than from the top of Humphreys in the summertime as thunderstorms threaten.  Back at the bike at 3pm and headed north through the (Navajo) Nation.


Onwards over Glen Canyon Dam which reminds me of all the other promised improvements that have been delivered for the tribe.


Quickly through and into the Grand Staircase via Cottonwood Canyon.  The adventuring here seems endless.  Something about a giant oil spill and a cover up in the 1990s when this place was deemed a national monument?  Camp at Paria Box Canyon trail head.

The bike's name is now Frank.  Perfect morning, perfect weather.  I am incredibly pleased with Franks performance so far.  North through the canyon and I am awe struck by the chaos.  Chasms, cuts, geological oddities, walls, towers.  Too many colors.

Stop at Cottonwood Narrows North trail head.  Run through the slot canyons from North to South and return. 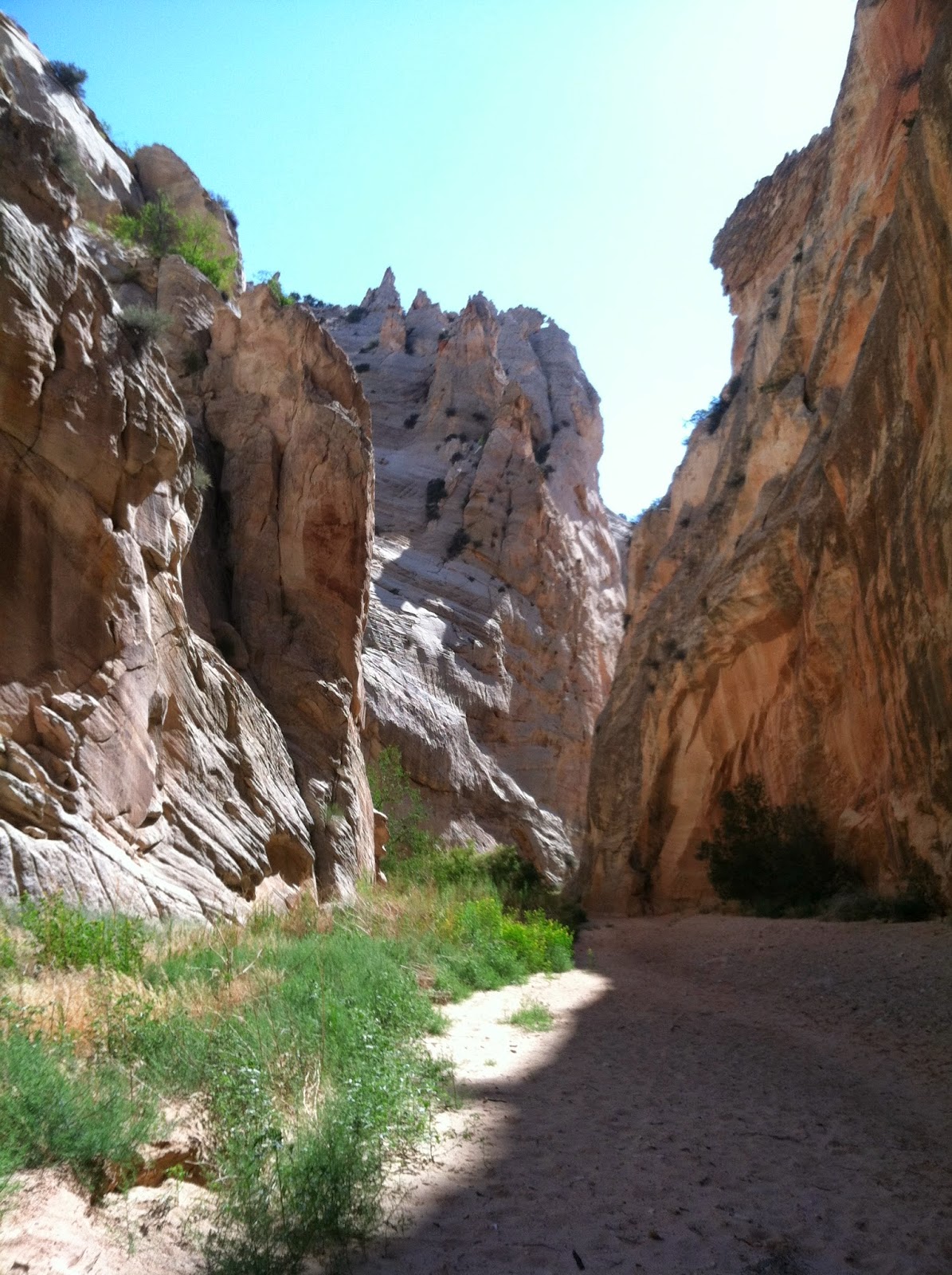 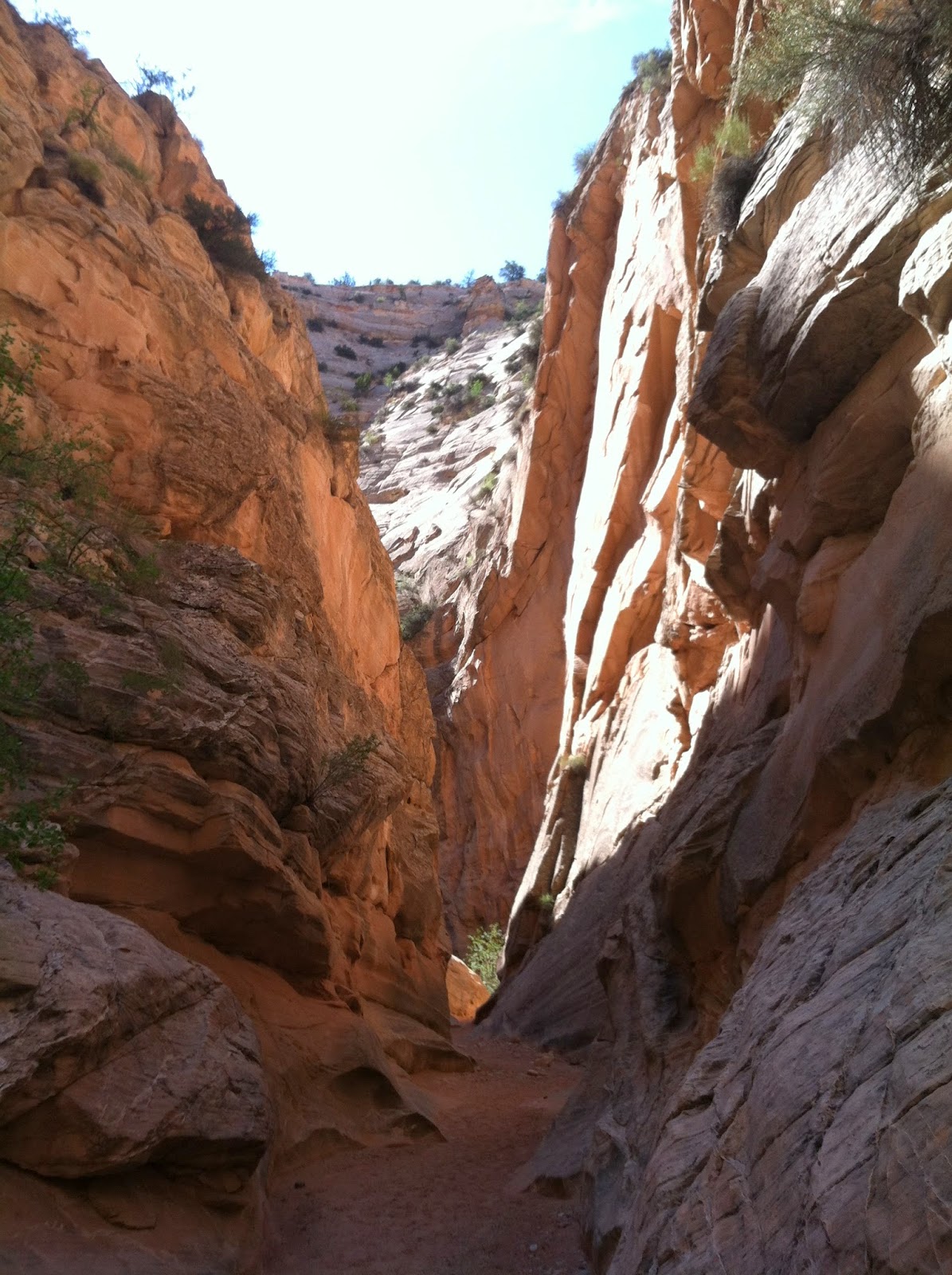 Continue north leaving Escalante at Tropic outside of Bryce Canyon.  A brief detour through the park and I am off through an unknown central Utah.  Finally some unexplored territory.  Day spent in a chess match with the monsoons.  Outrun storm. Stop.  Try to run.  Get chased of the mountain.  Repeat.  Finally arrived at Heliotrope Peak.  Camp set up above 10,000 ft.  Run to summit.


I suddenly found myself caught in one of the worst mountain lightning storms I've experienced.  Drenched and freezing, and to be honest, a bit terrified, I matched the intensity of the storm with what had to be one of my most epic descents off a mountain.  The most important thing being to get lower and blow treeline, I bombed down the side of a 75° drop through scree, mud and rocks until finally in the trees.  A few mile sprint back to camp to make sure it was storm worthy.  Change of clothes, hot tea, dinner, and retired to shelter.

A beautiful mountain morning beneath Heliotrope.  Continue route north cia the Skyline Drive, part of the Great Western Trail which spans from Canada to Mexico.  The drive was one of my most memorable.  Traversing the range to the north, passing alpine lakes, snow banks, meadows.  The greater Wasatch and Uintas coming into full view.  I descend into town and stop for a meal and coffee.  Already looking forward to post-Speedgoat when the rushed traveling can end.  200 miles per day of Frank is way too many.  I'd like to cut that in half, and then some.

Summit Nebo, the highpoint in the Wasatch Range.  Leave trailhead around 11:30.  Brutal ascent!  Fun descent!  Met 'Griz' an old school mountain run and Wasatch 100 finisher.  Back to Frank at 2.  Push through until arrival at Snowbird.  Rest of the evening wasted on trying to find descent camping in the canyon until finally given up and returned to Salt Lake where my good friend Michael Moore and his family were kind enough to put up with the smells and allow me into their home.  What a shower.

Hike up Farmington Canyon with the boys.  Return to Snowbird and decide to illegally camp off in the wilderness outside the ski areas.  Public lands being turned into a profit enterprise to benefit a few already rich few under the guise of environmentalism.  I took a shit in your watershed.  And I swam in your creek.  If I had a dog I would have brought him.  I DO NOT LIKE SKI RESORTS.

Up way to early per usual on race day.  Quick oats, raisins, honey.  Coffee.  Out of camp and into Snowbird and pre-race festivities/rituals.  Started the race super sluggish. Low energy.  Heavy legs.

Legs started responding about halfway through but by that time was way too far back.  25th? 30th?.  Worked my way throughout the day and finished 15th.  Not my day.

First long run in about two months.  My body just wasn't up to racing level.  Post race festivities with Michael Moore.  Was really happy to see him there.  Something about these post race interactions and happenings makes me feel like high school...   Disappointed with myself, but am already beginning  to give these races less significance in the greater scheme.  I am on quite an adventure, and these races are a nice forum to get me out, but the in betweens are really coming together quite nicely.

Met Jason a couple days ago at the White Pine Lake trail head.  He photographed the race and put in 11 miles and 4500' of vert himself.  Super awesome guy.  Ended up having dinner with him and his wife.  Offered up there home for the evening as well.

Woke to the first good coffee in awhile.  Quickly off, a fast pit stop at Mikey's.  North to Ogden.  Back roads over the mountains into the south end of Bear Lake.  Given The Bear 100 has mildly been a bucket-list  run of mine, I was excited to see the lake.  My disappointment was astonishing.  Jet skis, town homes, house boats, invasive fish, silt catchment evaporation tanks.  Needless to say I carried on.  Into Caribou National Forest.  Camped above Afton, Wy near Intermittent Springs.  Massive thunderstorm!  No run today.